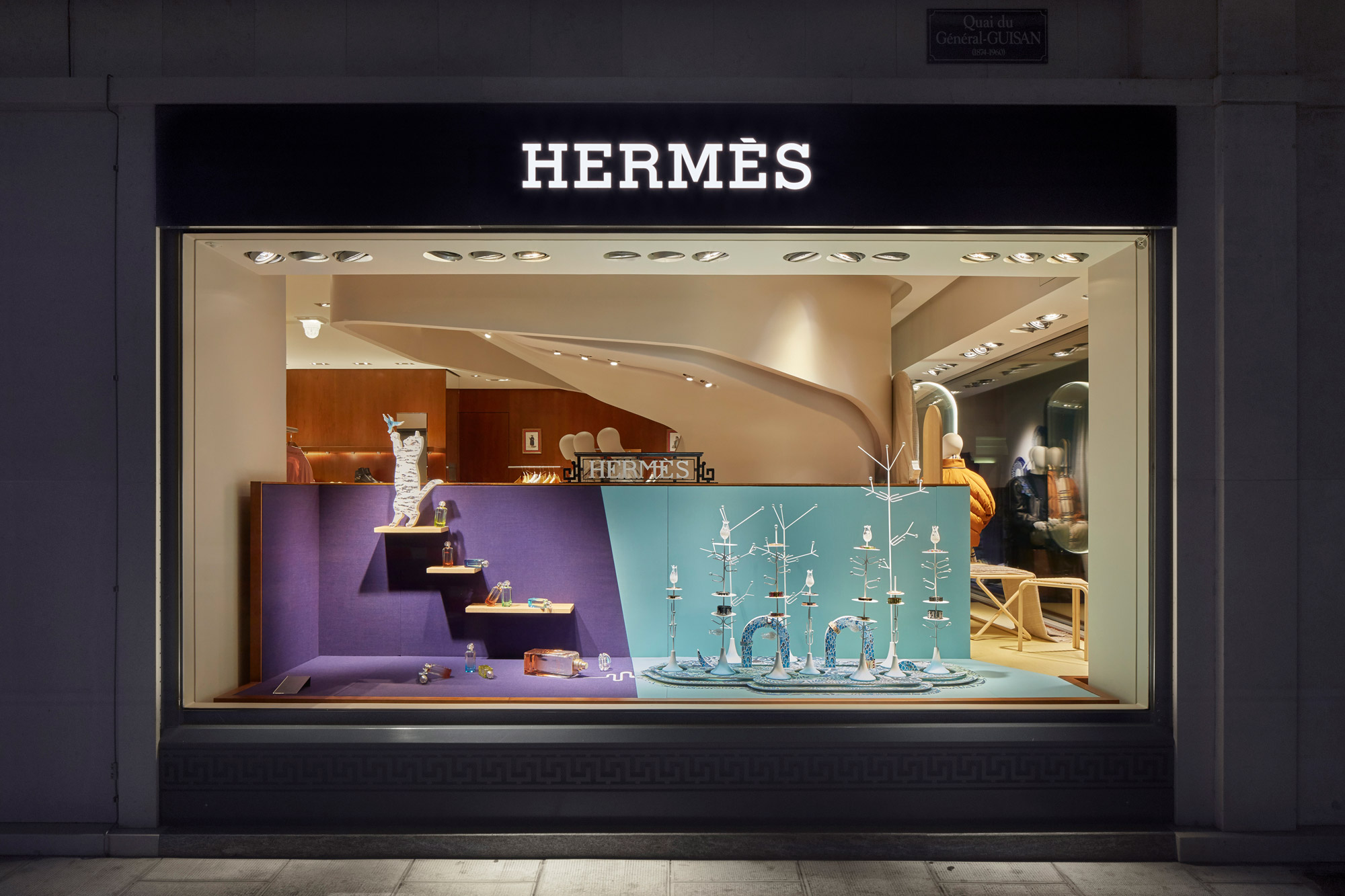 Scenography project for Hermès in Switzerland on the theme of “Dream”. The studio team decided to explore imagination through the notion of threshold. The idea was to create a tangible frontier between our very concrete environment and the magical world of our imagination. In each scene an animal is playing on the verge of this line and sets foot on the other side, the dream version of everyday life. This project was designed in collaboration with the french designer Aurelie Richard.